Why and How to Talk to Your Kids about Pornography

Why and How to Talk to Your Kids about Pornography

By
Sharon Richter, DO 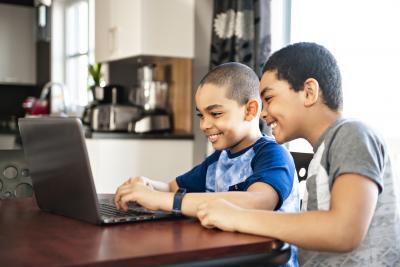 While there is no official diagnosis of pornography addiction, there is evidence that repetitive viewing of pornography can re-wire the brain causing changes similar to those seen with other addictions by triggering the release of unnaturally high levels of dopamine.  With continued exposure, the brain can become unresponsive to natural sources of pleasure and crave more, while making it harder for the same images to provide gratification, leading to an increase in use and search for more graphic content. Internet pornography can be considered a supernormal stimulus. Along with junk food and video games, pornography is an artificial product that activates reward pathways in the brain more so than the naturally occurring stimuli for which these systems developed, leading an otherwise predisposed person towards excessive consumption and preference for this over naturally occurring alternatives. Children and adolescents are even more vulnerable to the effects of internet pornography because of the fact that their brains are still developing.

Young people turn to the internet to learn about many things, and you don’t want pornography to be their only source of information about sex. Educating your child on the risks of inappropriate, adult content online should include discussions on sexuality and Internet safety.  It’s up to you to decide what you want to communicate to your children about sex and to start the dialogue early with ongoing conversations throughout the course of their development to express your values.  Talking to your kids about this doesn’t have to be a lecture, but something to bring up casually in short conversations over time. Try to delay your child seeing porn as long as possible by using parental controls, monitoring internet use, limiting non-school related screen time and keeping devices out of children’s bedrooms. Preventive software including ﬁltering, blocking, and monitoring is part of an Internet safety plan, but still may not totally prevent access to online pornography.

What if you do find pornography on your child’s electronic device? Remain calm and nonjudgmental. It's natural for young adolescents to be interested in sex. You don’t want to punish or cause feelings of shame or guilt. Consider saying something like "It looks like you’ve seen websites with adult stuff (pornography). I’m not upset and there’s nothing to be embarrassed about. Its normal to be curious.  I know you may not want to hear it, but I have to share some facts with you and tell you about the risks that are associated with viewing this."